The TV advert for Living Coasts used to have the strapline ‘so much more than just penguins.’ Let’s face it though – penguins are adorable! They waddle around like little men in dinner jackets charming visitors of all ages.

The penguins are a mixture of Macaroni Penguins and the endangered African penguins. These cute chaps shuffle around together in their large exhibit where visitors can get incredibly close. But, as the advert says, there is so much more than just penguins.

My children’s favourites were the Otters and we arrived just in time for their feeding. The keeper moved all the otters into a small enclosure then hid fish around their exhibit. Using their powerful sense of smell, they found all their food in seconds and it was highly entertaining watching them tumble over each other with excitement. My eldest daughter is 9 and she is just discovering photography so she loved getting some fantastic shots here.

Other highlights in the outside section are Seals, Puffins and some really cute Spectacled Ducks. I also love the special exhibit about wading birds with its Avocets and Oystercatchers. When the weather is good there’s a small water play area outside as well but what a lot of people don’t realise about Living Coasts is that most of it is inside, so it’s a genuine all-weather attraction.

From the outside Living Coasts looks quite small but because it covers many levels it’s surprisingly large. After touring the outside area, we went through the Mysterious Mangroves - a slightly spooky covered section which led us into an aquarium area. There were some great underwater viewing areas here as well as various innovative activity areas - a barnacle wall for climbing, which my 7 year old was all over, a sand pit area for playing which my 4 year old loved and a fabulous tidal crawl-through where children were encouraged to clamber through a clear plastic tube to look at waves from below. Although the sign clearly indicated it was for children I couldn’t resist squeezing through and watching a wave crash over my head. My children thought this was funny when I nearly got stuck but I just about managed to escape to look at the sea-horses and jellyfish as well as unusual fish like Blennies and Rays.

After passing through an underwater tunnel we arrived at the Octopus Odyssey – a name which slightly over-sold a single Octopus in a tank. The irony was that a lot of the exhibits under-sell themselves and are better than they appear but Octopus Odyssey was the opposite - a huge sign with dramatic writing and mood lighting raising my children’s expectations sky high, which sadly the foot-long Common Octopus then failed to live up to. This aside, we loved Living Coasts, it was a constantly entertaining mix of great animals and special activity areas which meant that they never got bored. A great day out for all the family in Torquay. 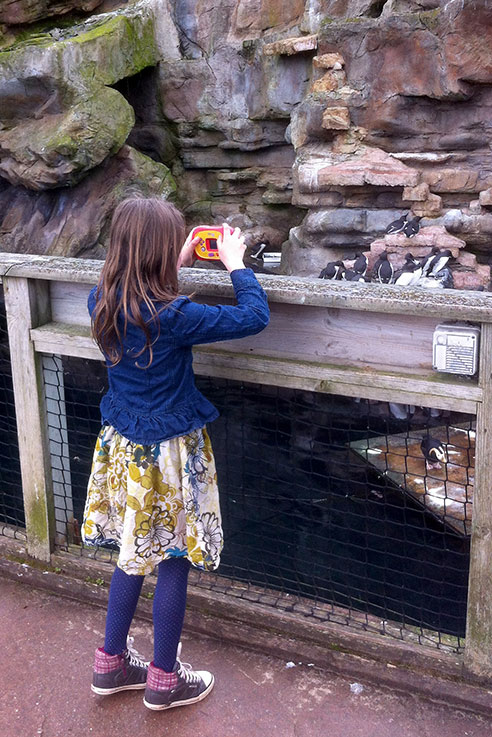 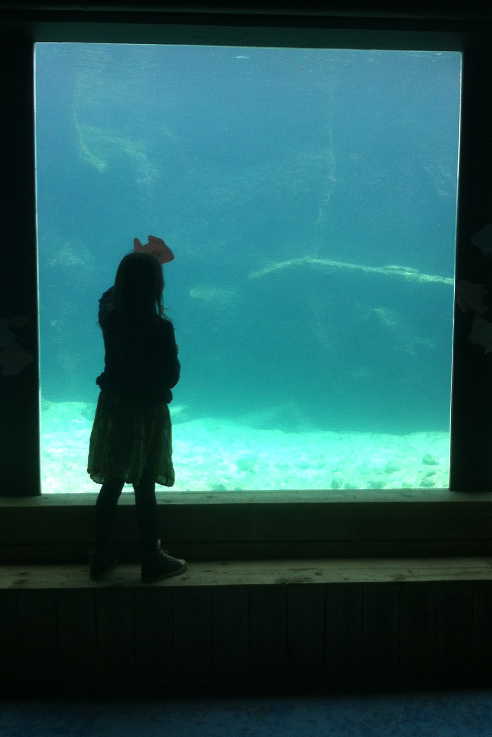 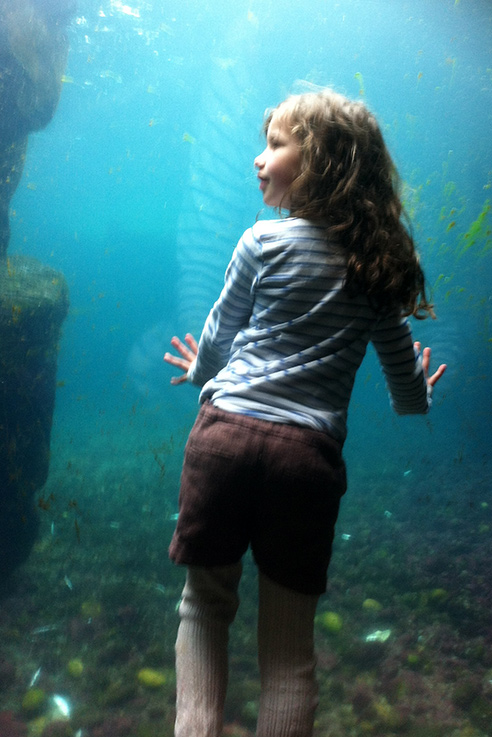 The area has beaches, coastline, moorland and gentle hills, so it is a great place to come on holidays with children. With so much natural beauty it is not difficult to find lots to do to keep the family busy, whatever the weather.