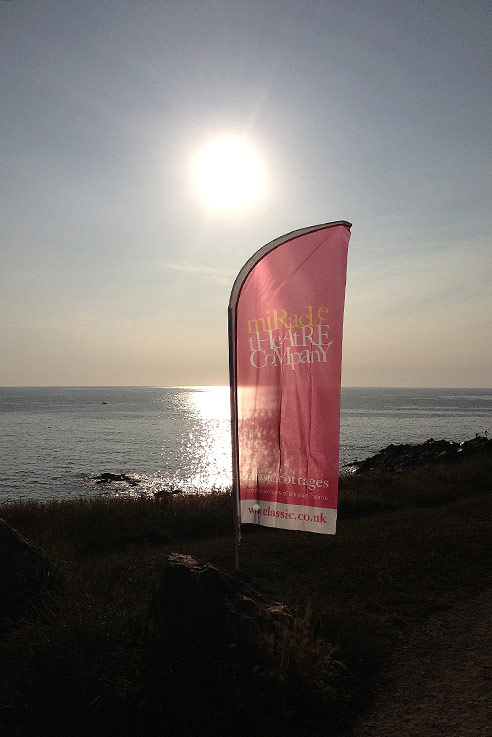 Miracle Theatre has been touring its original, inventive performances across the UK since 1979 and each summer we try to catch at least one show at one of the many outdoor venues across Cornwall. One trip we took was to the Headland Hotel to see a splendid staging of Waiting for Godot. Perched above the cliffs overlooking Newquay’s spectacular Fistral beach, the setting was beautiful.

I always think open-air theatre is an experience in itself before the play even starts – we lugged our picnic baskets and blankets, camping chairs and cool boxes across the cliff until we found the small audience assembling underneath the Miracle Theatre’s bright pink flag. We found a nice spot and settled in for the evening. The sea on Cornwall’s rugged north coast provided the stunning backdrop and we were all spellbound by the gorgeous sunset and the gentle sound of lapping waves.

The four-man cast put on an impressive performance, bringing a new lease of life to an old classic, although the existential (some say absurd!) play was a tough nut to crack. To me it seemed like a confusing circular conversation between the two main characters, Vladimir and Estragon, as they waited endlessly in vain for the arrival of the elusive Godot. They explored subjects from religion to suicide to the very purpose of our existence, the meaning of life. 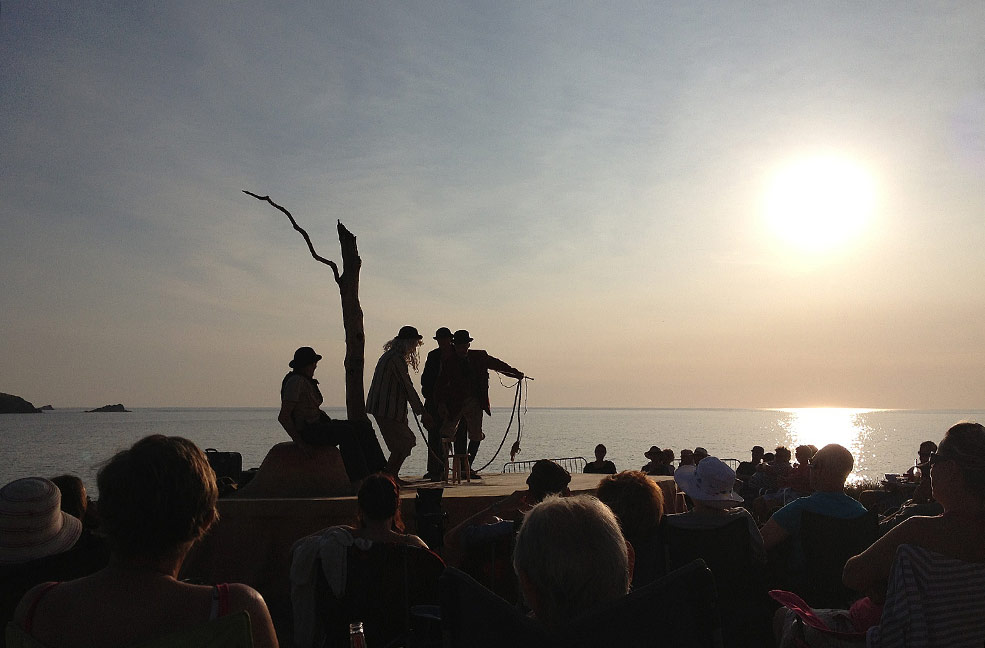 It was the kind of play that’s full of hidden meaning, leaving your mind to scratch away at it even after the performance had ended.  Despite our bewilderment, it was an enjoyable experience and sometimes I found myself distracted by the glorious view; simply listening to the words of the play whilst looking out at the sun setting in the distance.

The downside, of course, is the weather. We’ve sat through performances cagoule-clad and huddled together in weather so terrible that the electricity – and thus the stage lighting – went out, only for the dim beams of torches to miraculously appear from an audience willing the actors to continue. It was a magical moment and the cast did us proud by battling through the wind and the rain to the bitter end. The show must go on, after all.

Despite the ever-present risk of a dreadful downpour, we’ve never lost our love of open-air theatre. Who, after seeing a spectacular show in stunning surroundings, while quaffing a glass of their favourite wine and tucking into the contents of their very own picnic basket, would ever want to watch a play indoors again? 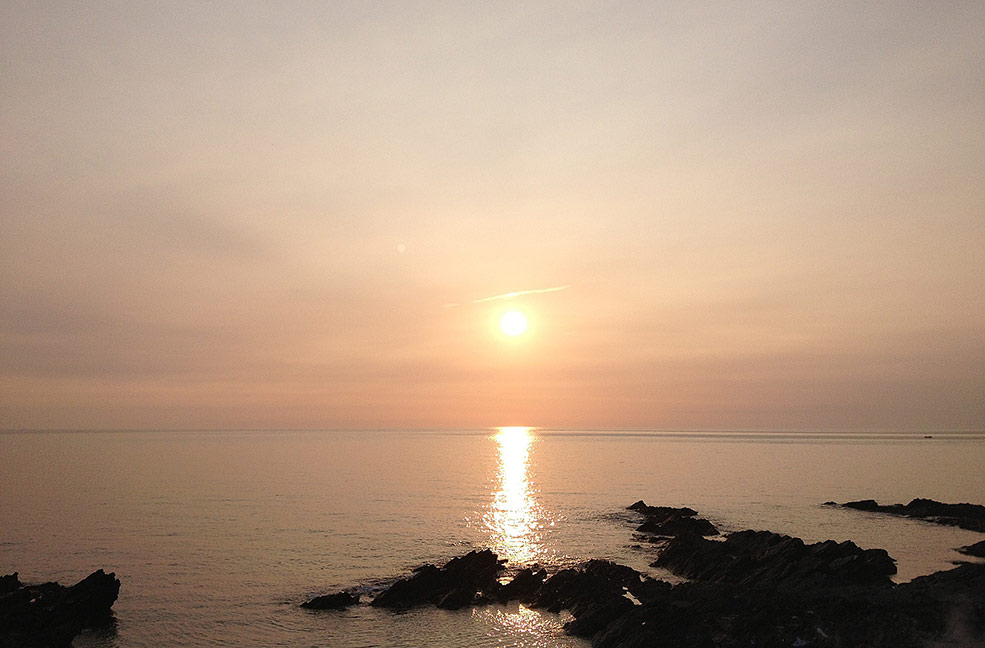 The great British tradition of open-air theatre is not to be missed and wherever you’re holidaying in Cornwall this summer you’ll always find a variety of shows popping up in the most unexpected, intimate venues. From beaches and cliff tops to gardens and castles, here are a few of my favourites: 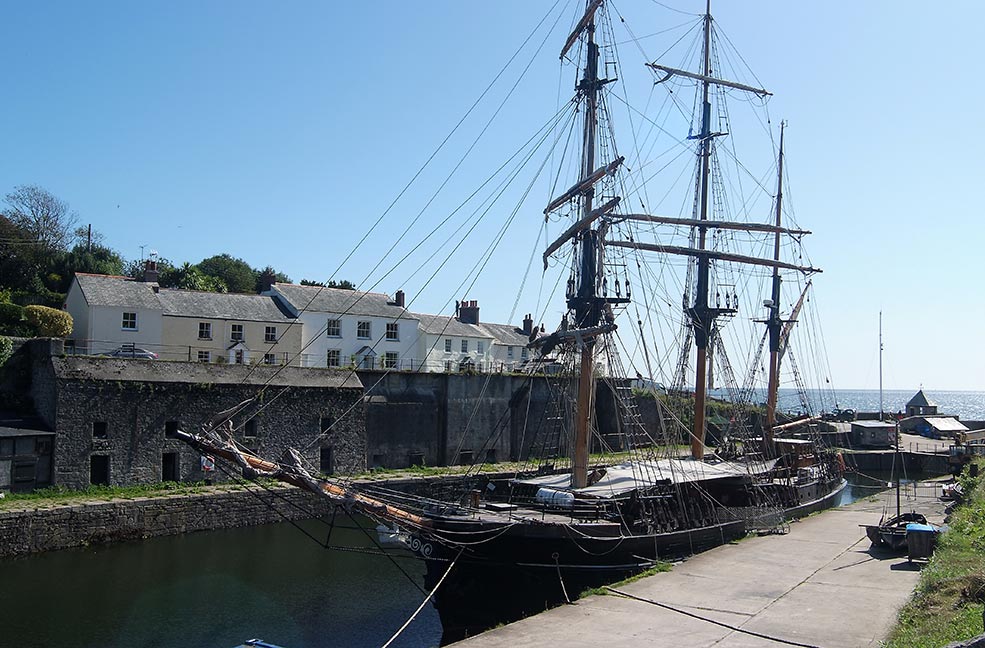 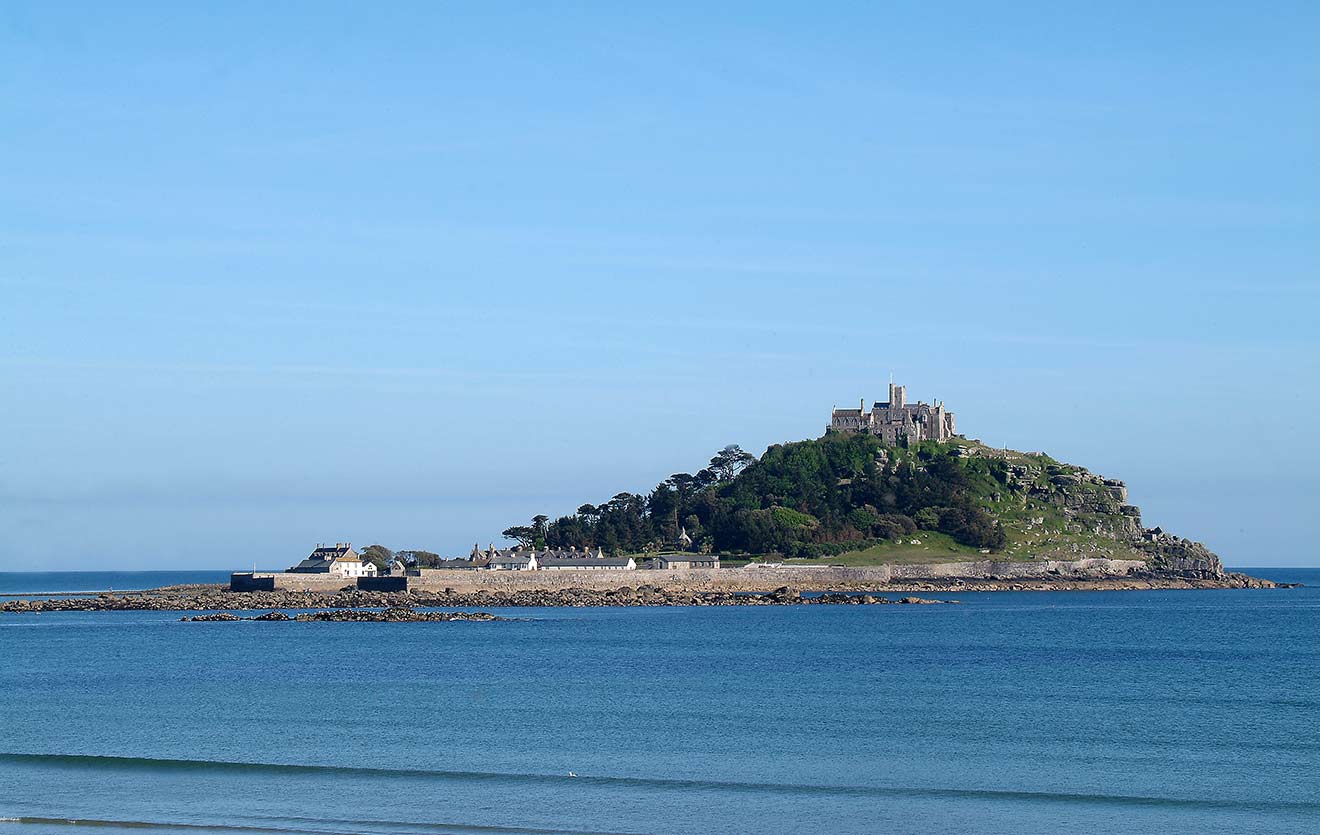 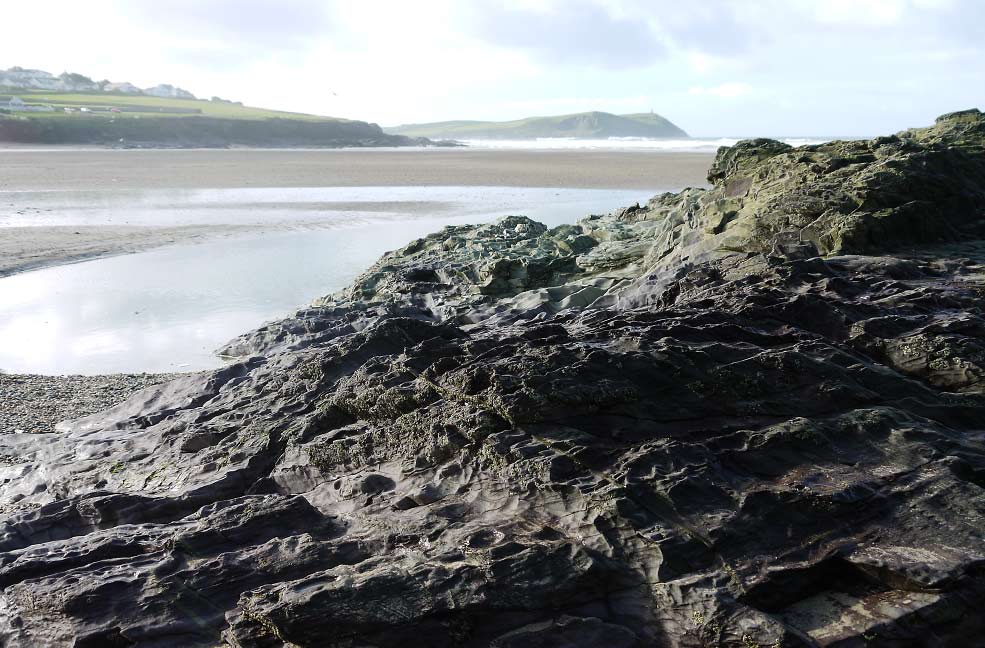