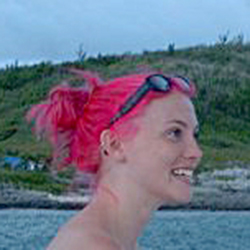 Within seconds of arriving at West Bay one of the main attractions is immediately clear. Sprawled along the harbour wall at varying undignified angles are children, parents, friends and grandparents all clutching tightly to strings and peering patiently into the murky depths below.

In the height of the summer you can’t walk around the harbour without seeing people of all ages huddled over lines, nets and buckets. As you pass by you’ll find yourself stopping to stare into these buckets and discuss the day's catch with triumphant hunters. If nothing else crabbing is a remarkably friendly past time.

As children, my siblings and I spent hours dangling precariously over sea walls, piers, jetties and embankments, always ready with our crabbing lines to plunder these dark and shadowy underworlds. It can be an immensely competitive sport - particularly between siblings. Now we have our own children and it is just as competitive. 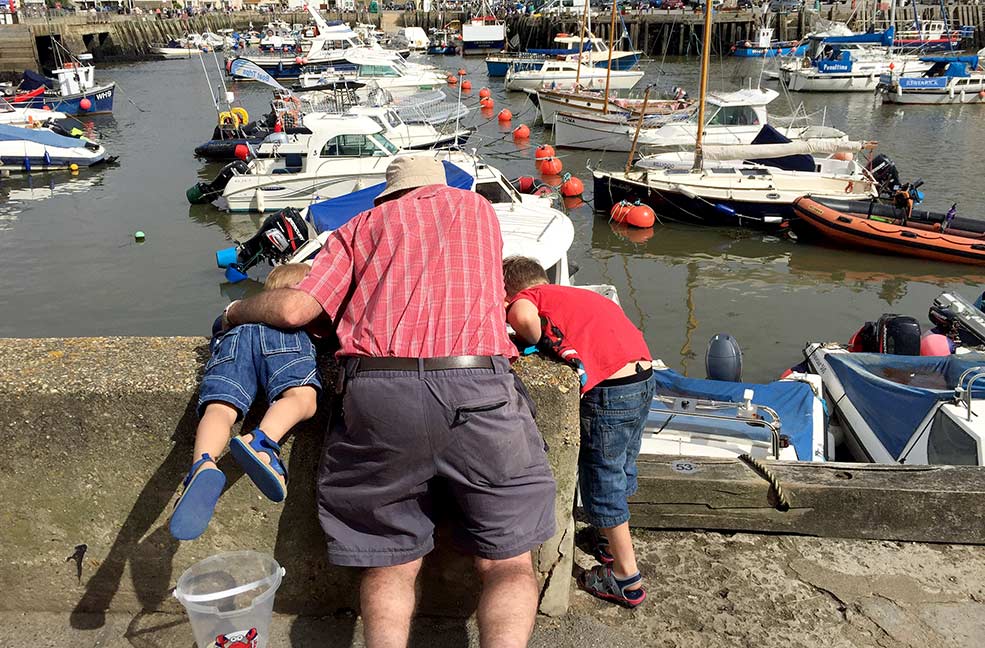 Crabbing requires little equipment and lots of patience. With just a bucket, crabbing line or net and some bait you are all prepared to waste several hours hoisting up seaweed. 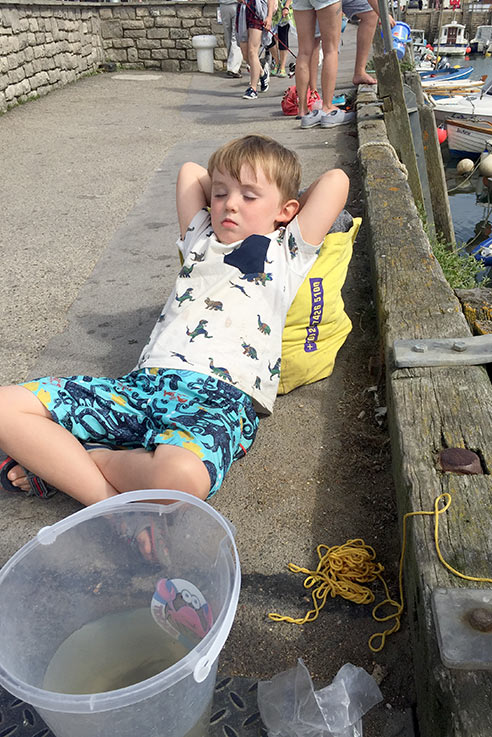 Crabbing lines with multiple bait bags offer the thrill of pulling in the line to discover an entire crew of crabs clinging on for dear life. A steady hand is essential as you slowly pull up your catch, holding your breath and hoping the little blighters don’t let go halfway up. Crabbing nets are a much easier option - especially for five year olds. Although these require just as much patience, at least you don’t have to suffer the misery of watching your crabs splash back into the darkness below. Or the wailing disappointment of a five year old as the inevitable happens. Nets have the added bonus of scooping up all sorts of things with them. Not only can you collect some decent seaweed cover for your imprisoned crabs but you might find shrimps, small fry and if you’re really lucky you could even catch a mackerel for your supper. 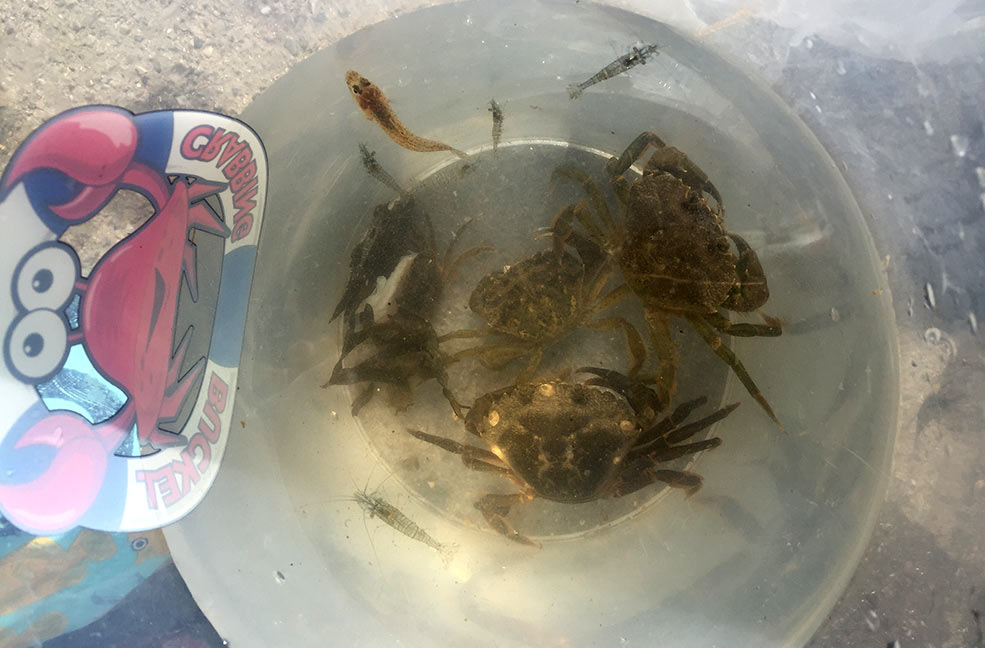 Bait is a hotly contested issue among crabbing enthusiasts. A true crabber will always have their own tried and tested, swear-it-always-works ingredient but most people agree on the effectiveness of bacon. Especially slightly-fetid-not-quite-right-for-human-consumption bacon. Leaving a slice out in the sun ripens it nicely. If you don't fancy carrying slowly rotting meat around with you, then dried whitebait is readily available anywhere you can by buckets, nets and lines. You could also use limpets and barnacles (if you can get them off) or any other shellfish you can find on the shoreline. I have seen people using all sorts of bait and I seethe remembering the boy who used an entire octopus during the Dartmouth Regatta Children's Crabbing Competition circa 1994. I still consider this to be cheating. 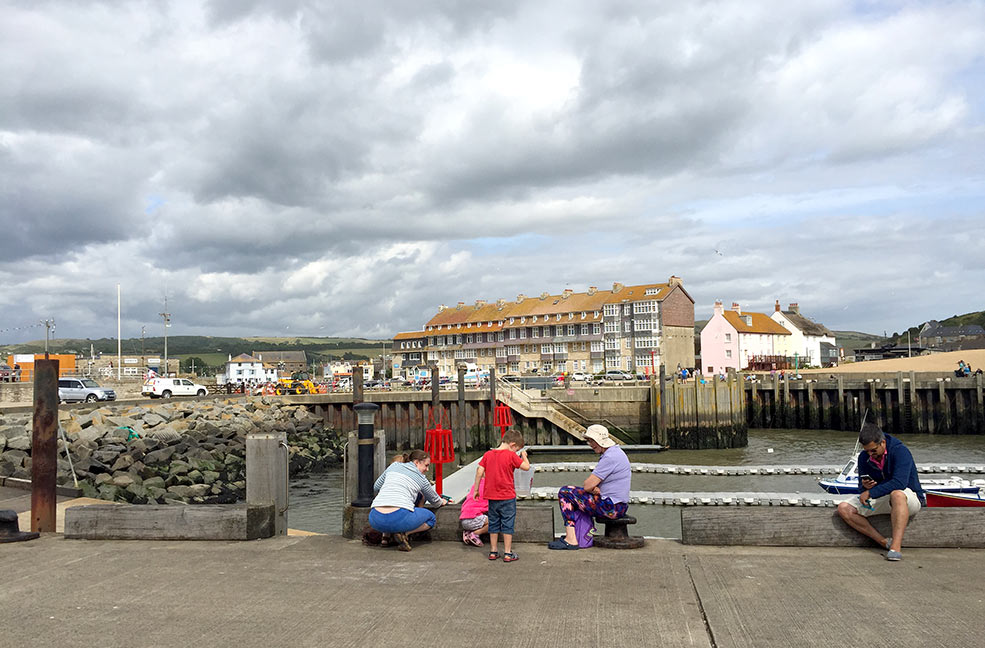 On our last family expedition to West Bay it was one of those gloriously frustrating jumper on/jumper off days. The sun and the clouds were in fierce competition - as were my entire family ranging in age from 4 to 64. We swooped in and took over a vast expanse of sea wall with multiple seawater buckets, miles of tangled string, and a stinking bag of bacon, dried whitebait and squid. What followed included fierce arguments over who caught which crab and whether dropped crabs count as a catch. (They don't. And if they miss the bucket they don't count... unless you are under 10 and then the rules are more flexible). Between us we caught 12 crabs, a handful of shrimps and one terrified whitebait. We were battered by wind and rain, one of us got sunburn, we had to chase a fast-moving escapee down the harbour wall, someone lost a sandwich to a screeching gull, I think we accidentally killed (definitely stunned) the terrified whitebait and grandad got caught in the flightpath of a squitty seagull. 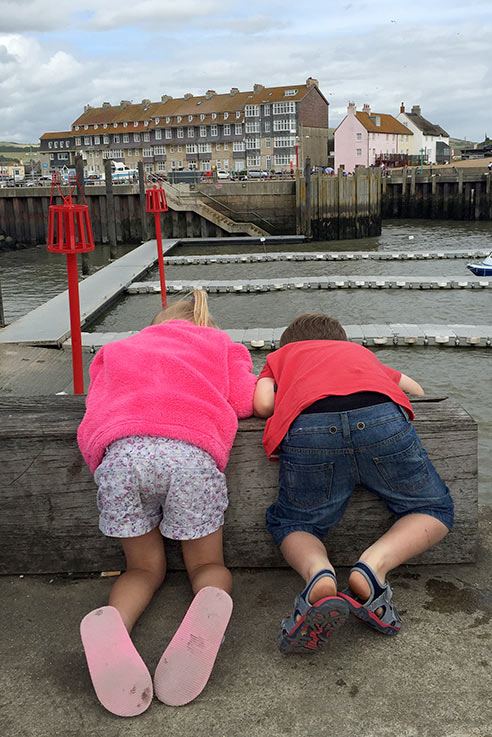 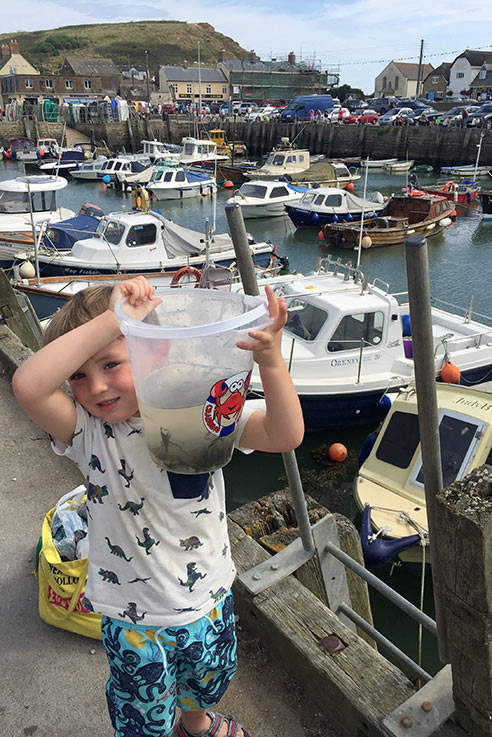 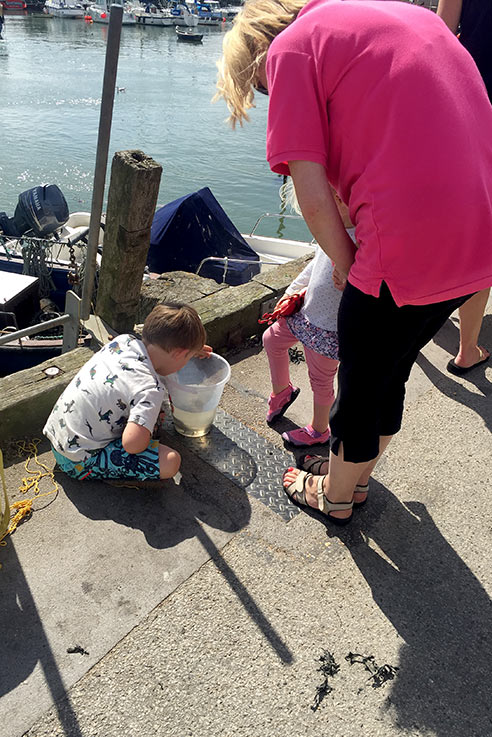 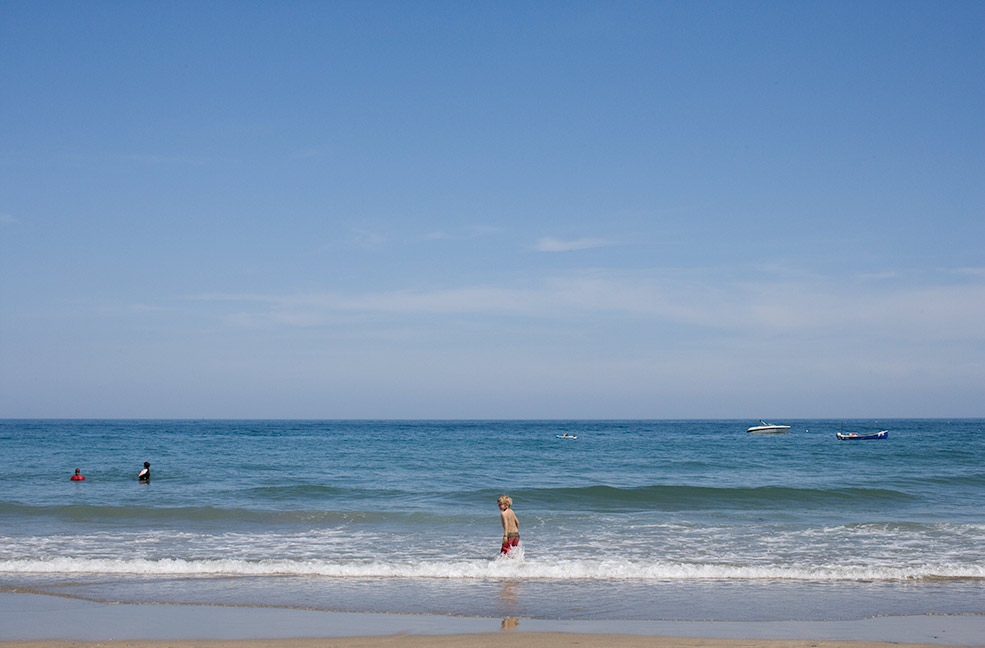 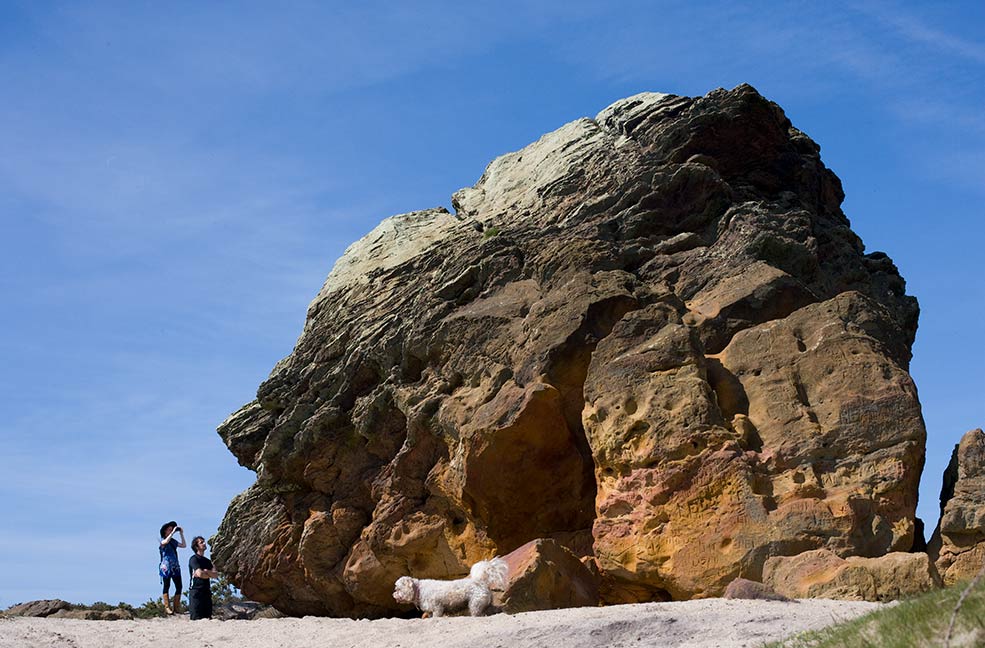 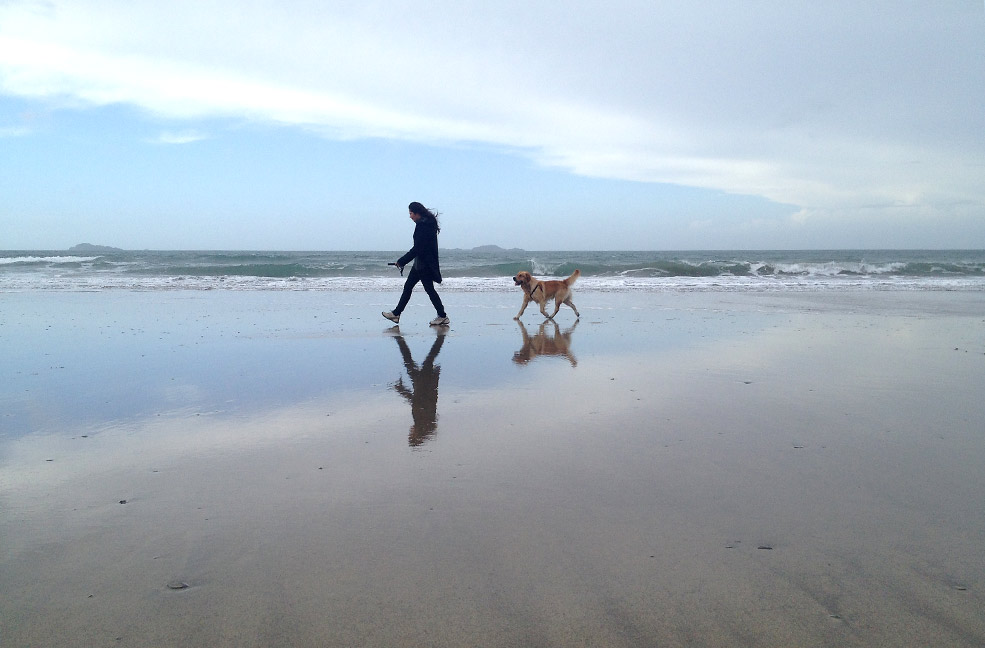 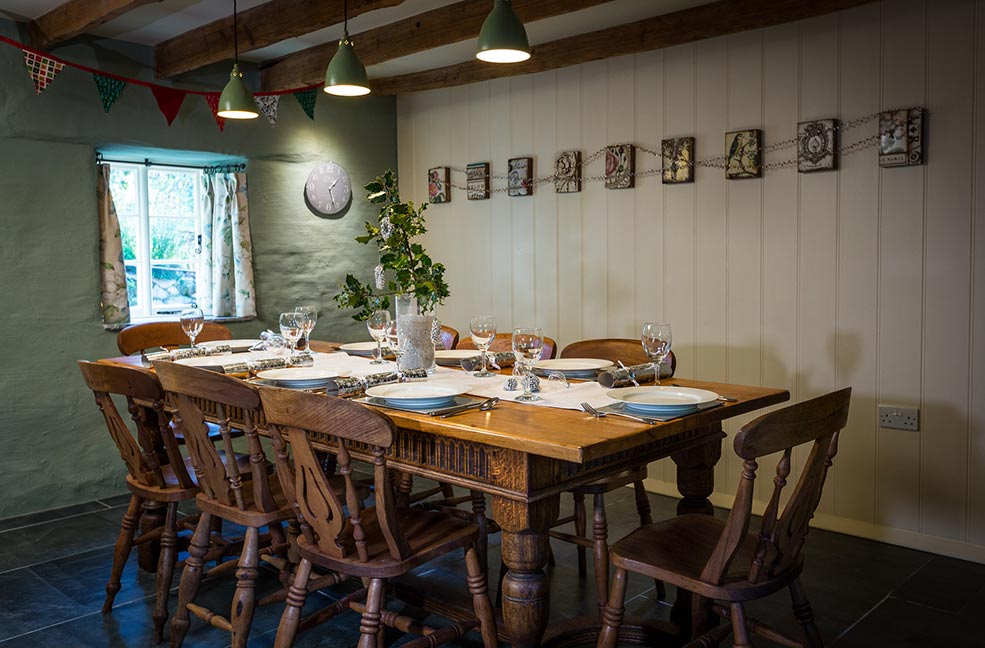 Explore Dorset during your down time over Christmas and New Year. A much better use of your holiday time than staying in and watching TV - that's what catch up is for.