A day trip to the Isles of Scilly 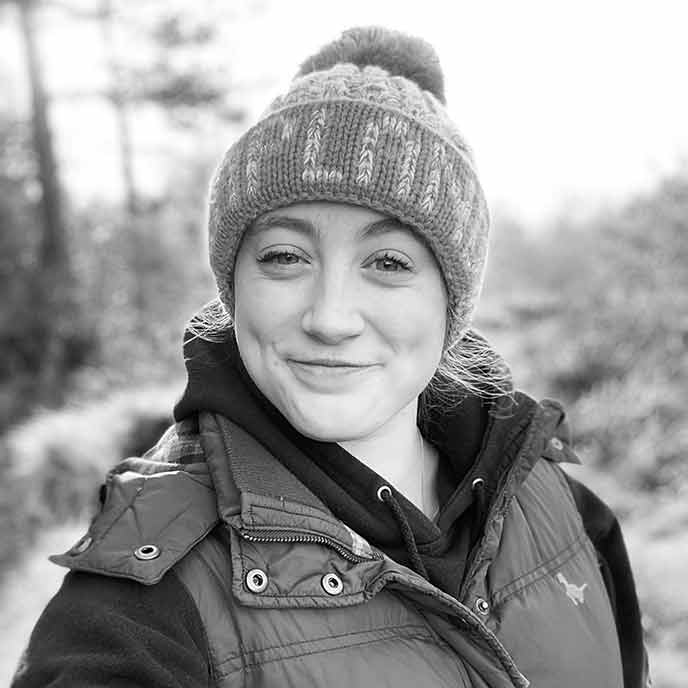 Turquoise waters, white sandy beaches and stunning views, welcome to the Isles of Scilly. You hear people talk about how amazing the Isles of Scilly is, but it isn’t until you arrive that you really understand how beautiful it is. Here is our experience of a day out on St Mary’s, the main island, with recommendations of where to go and what to see in the time you have available on your day trip to the Isles of Scilly.

History of the Isles of Scilly

Firstly let’s have a look into the history of the Isles of Scilly. The Isles of Scilly were once believed to be one island named ‘Ennor’ which is Cornish for ‘Great Island’ however due to rising sea levels was made into smaller islands about 400AD. In more recent history the Isles of Scilly were a key feature in the English Civil War where the Royalists were fighting the Parliamentarians. Defensive buildings were erected such as Star Castle on St Mary’s which is now a hotel. The Royalists were eventually defeated in 1651.

Fun fact about the Islands is that they were involved in one the longest wars in history against the Netherlands without knowing. During the Civil War the Netherlands were supporting the Parliamentarians, and after the Royalists started raiding the Dutch ships in retaliation the Dutch Admiral declared war on the Isles of Scilly in 1651 which actually came to nothing, however when the Dutch left a few months later they forgot to declare peace. It wasn’t until a local historian found this out in 1985 that a peace treaty was finally signed between the Isles and the Netherlands in 1986.

Day trip to the Isles of Scilly

A day trip to the Scillies is a full and exciting day out, catching the 9.15am Scillonian Ferry from Penzance Harbour (check in is 1hour before departure). Keep an eye out as you sail past Newlyn, Mousehole, Lamorna, the Minack Theatre and then Lands End, all of which you don’t normally see from this angle. A couple of hours later, after hopefully seeing some dolphins making the most of the swell, you get your first glimpse of the Isles of Scilly, with the ferry traversing the isles, Tresco and St Martin’s on the left and St Mary’s on the right. As you get closer you are welcomed by white sandy beaches and turquoise waters that make you want to jump in the sea as quickly as you can. 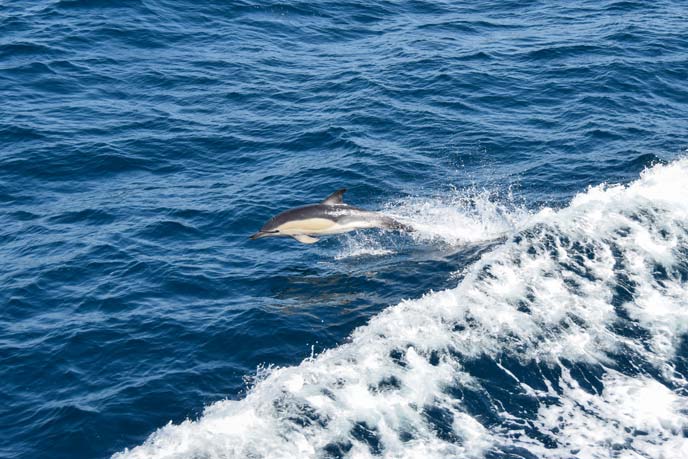 On arrival at St Mary’s you can either catch a boat to the other islands or stay on St Mary’s. On this trip St Mary’s was the island of choice, walking into Hugh Town from the harbour. Hugh Town has lots of pubs, cafes and interesting little shops for you to explore. 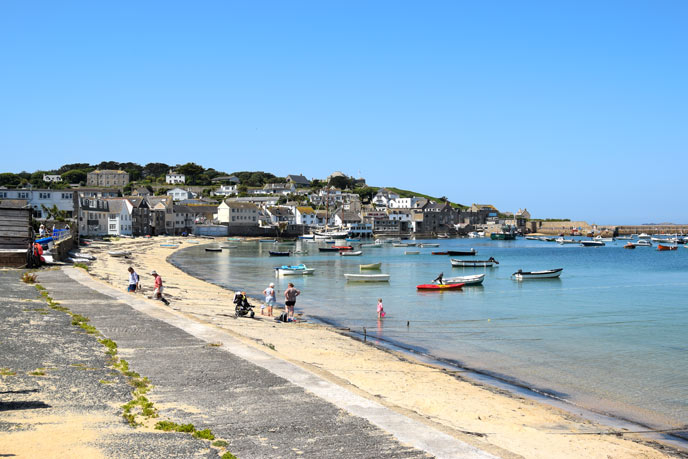 It is now that you need to decide where you want to go and how. Exploring the island on foot is wonderful and very adventurous for the time you have on the islands, or for those after a slightly different way of exploring you can hire a golf buggy for the day with Scilly Carts, stopping off whenever you want to explore somewhere on foot - pre booking the buggy is recommended especially during the summer months. There are taxi tours and mini bus tours available too. If you like horse riding you can go for a 1-2 hour hack exploring tracks, the coastline and some of the beaches with St Mary’s Riding Centre.

Things to do on St. Mary’s Island

On this occasion we stayed on St Mary’s and hired a golf buggy to make sure we could see everything we wanted to in the time that we had. First stop was Penninis Head. Walking along the old track you are treated to some gorgeous views looking towards the island of St Agnes. Past what looks like an old mill stone looking out towards the airport and over the stone stile you are treated to fabulous rock formations and the lighthouse, the perfect place to stop off at and enjoy a delicious sandwich from one of the cafes in Hugh Town. 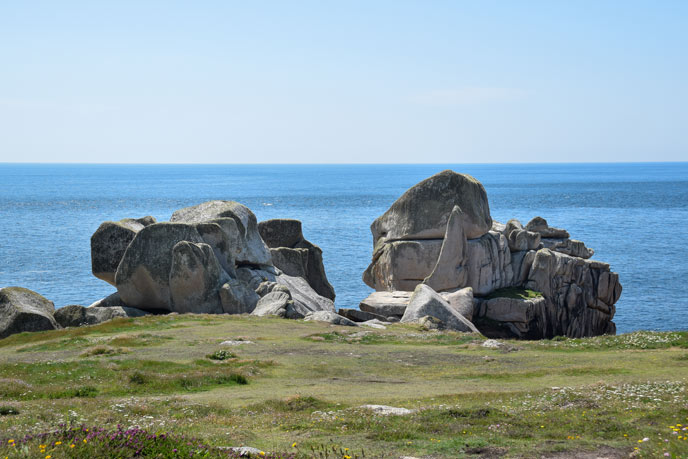 Next up was Old Town, a gorgeous village with a lovely little sandy beach, Old Town cafe, Old Town Inn and Ennor Castle. The castle is now in ruins with the plants taking over, however it is still an interesting little exploration. 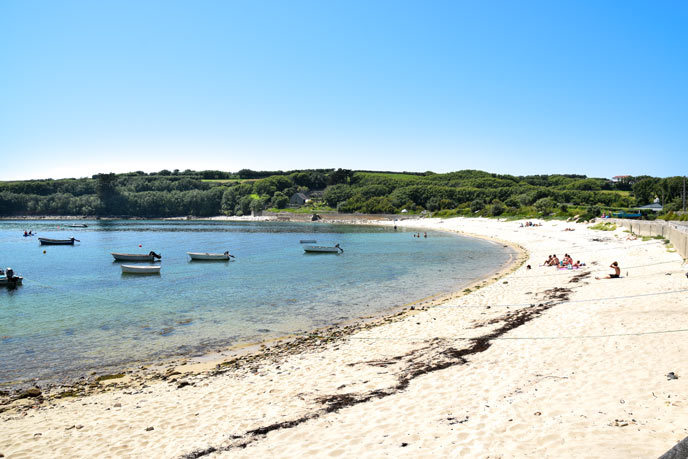 Just up the road from Old Town is the Porth Hellick Down Burial Chamber which is really interesting and has amazing sea views. You may be starting to need a little pick me up by about now, just in time to stop off at Carn Vean cafe. Serving delicious cakes, ice cream, sandwiches and hot meals with a variety of hot and cold drinks. There is seating inside and out in the beautiful garden, perfect for making the most of the weather.

After a quick energy refuel it is onto the Bronze Age site of the Innisidgen Lower and Upper Burial Chambers. These entrance chambers are unique to the Isles of Scilly and Cornwall and around 80 can be found around the Scilly Isles; it is believed that there were more when it was one large island. Not only are the cairns interesting to learn about but they also have views looking towards St Martins and Tresco. The water below the burial site is turquoise and incredibly inviting on a beautiful sunny day, Watermill Cove just around the corner is a gorgeous beach to go for a dip from. 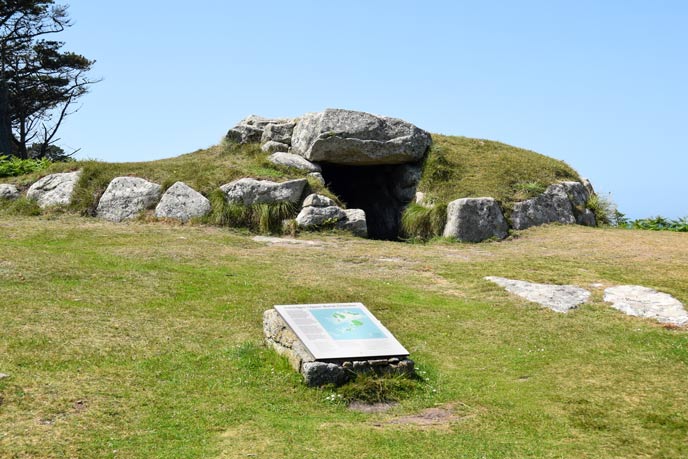 We headed back to Hugh Town in time to catch the Scillonian III - an adventure in itself -  taking in the views looking towards the other islands. The ferry takes you around St Mary’s and past St Agnes. Look back to Hugh Town and around the headland to the Garrison Walls and Morning Point Battery. The awesome rock formations look even cooler from the water and the beaches look divine. The journey back to Penzance is just as delightful as the journey to Scillies. With a cup of tea from the cafe onboard and the evening sun lighting the way, mainland coastal points look beautiful, the Minack Theatre and Penzance Harbour especially. 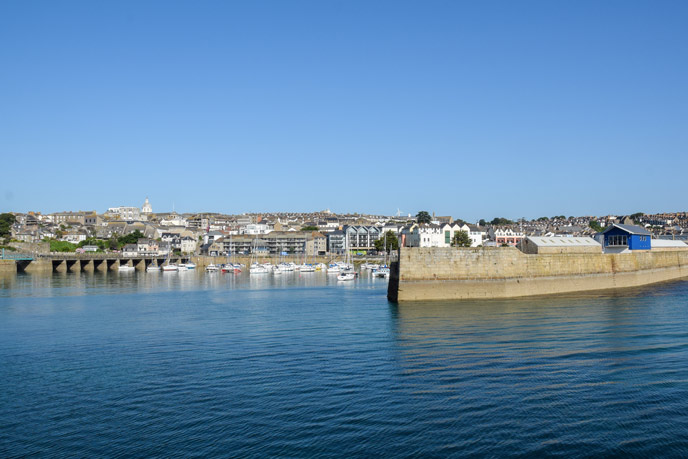 Other places to visit on St Mary’s

For more places to explore there is Bant's Carn Burial Chamber and Halangy Down Ancient Village, Carreg Dhu Gardens, Harry’s Walls, Buzza Tower and Star Castle leading down to the Garrison Walls. 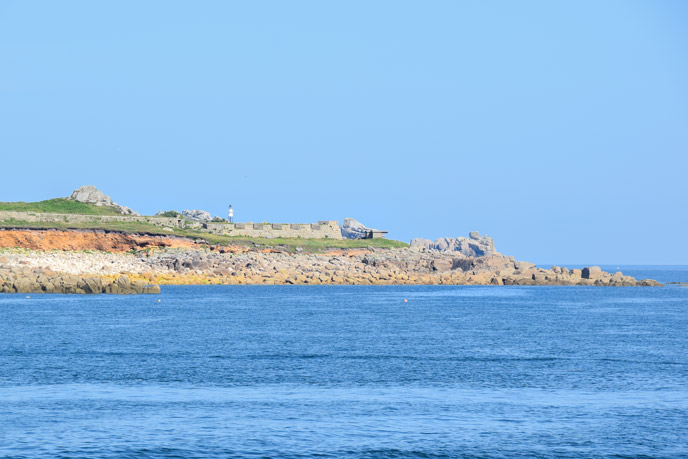 For those after a chilled out day there are some stunning beaches for you to relax on. Town Beach and Porthcressa Beach line Hugh Town and are the two main beaches, close to the shops and eateries. The beach at Old Town is equally gorgeous and again close to amenities. Tolls Island, Watermill Cove and Bar Point are some more fabulous beaches just off the beaten track making them that bit quieter. 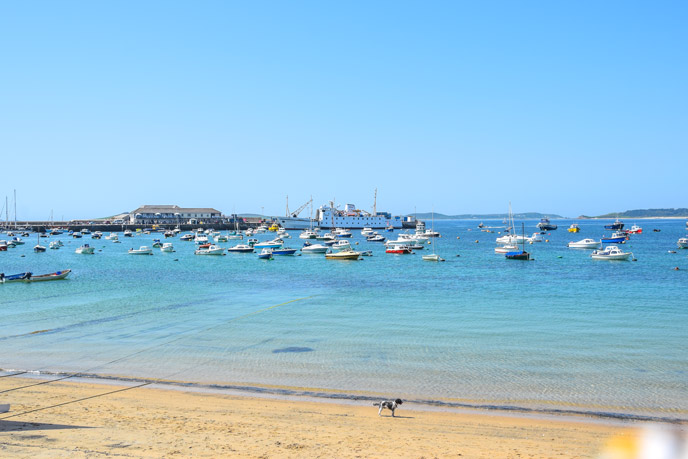 If you are interested in a day trip to the Isles of Scilly check out their travel page, and for somewhere to stay on the mainland have a look at our self catering cottages in Penzance and in the West of Cornwall. 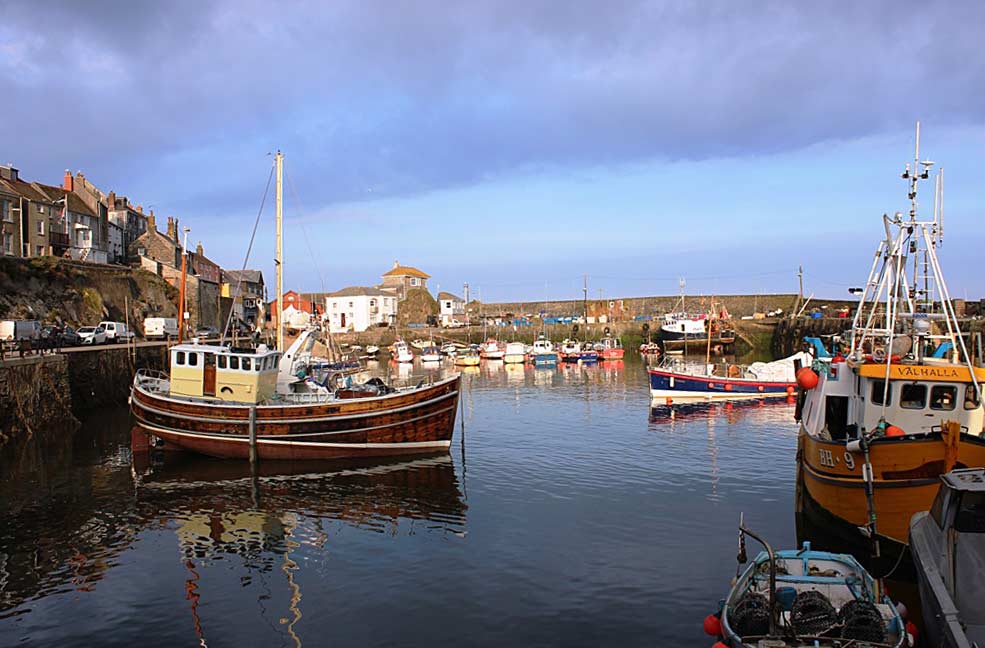 Things to do in Mevagissey

For a postcard perfect Cornish village, head to Mevagissey. This sweet fishing port on the south coast of Cornwall offers up buckets of old school charm and the freshest fish of your life.

Things to do 4 years ago Abby D 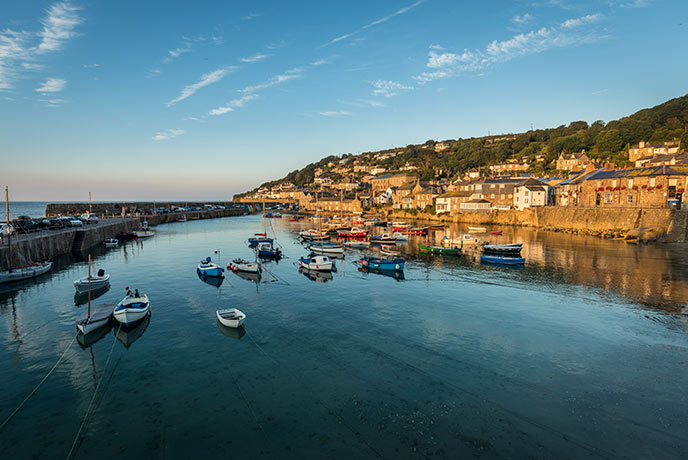 Things to do in Mousehole

This Cornish fishing village with bags of character and personality sits around a picturesque harbour. With a great choice of places to eat, coastal walks and things to do, this is a lovely day out in Cornwall.

Things to do 2 years ago Abby D 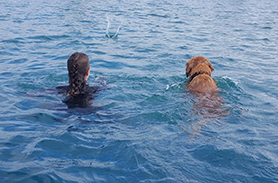 For one day only, make a splash with your four legged friend at Jubilee Pool in Penzance. 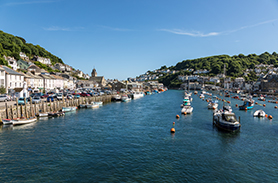 Things to do in Cornwall this summer

The ultimate guide to the things you have to do while visiting Cornwall in the summer. From the annual county show to discovering the hidden gems off the beaten track, Cornwall is waiting for you.