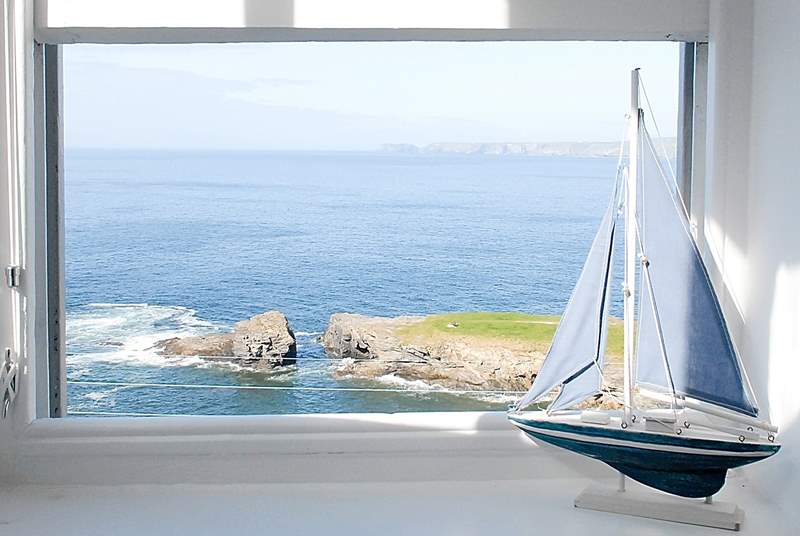 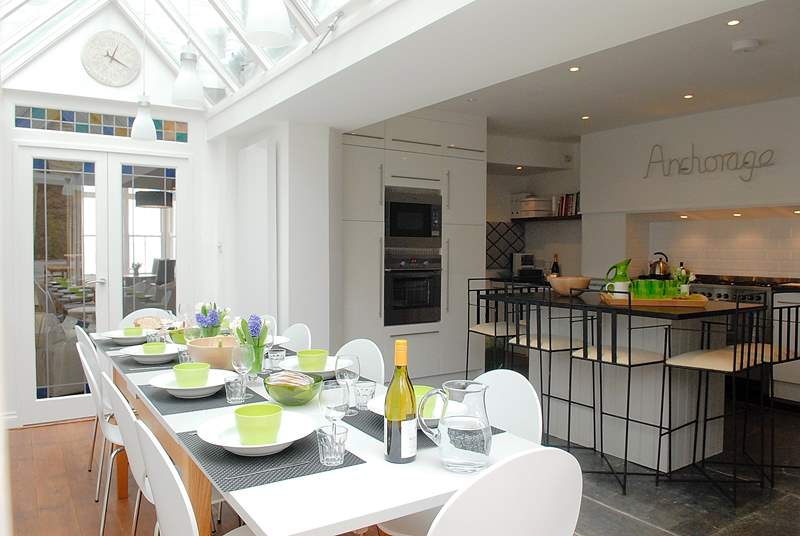 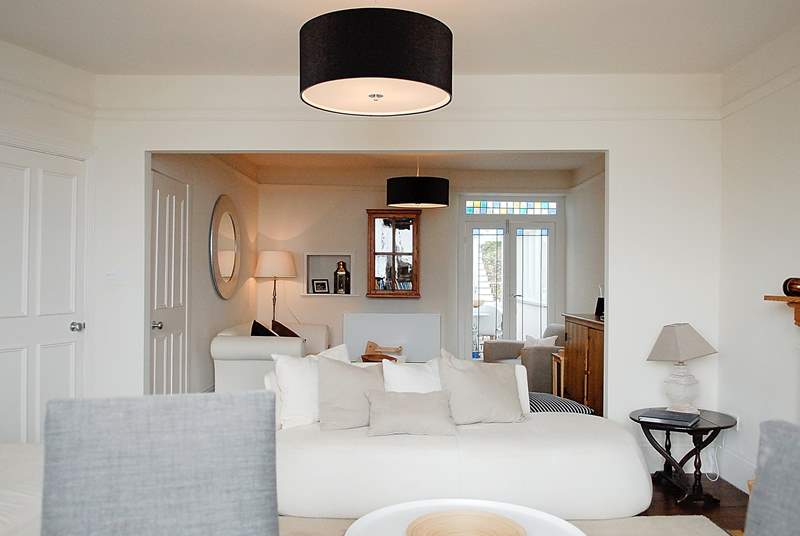 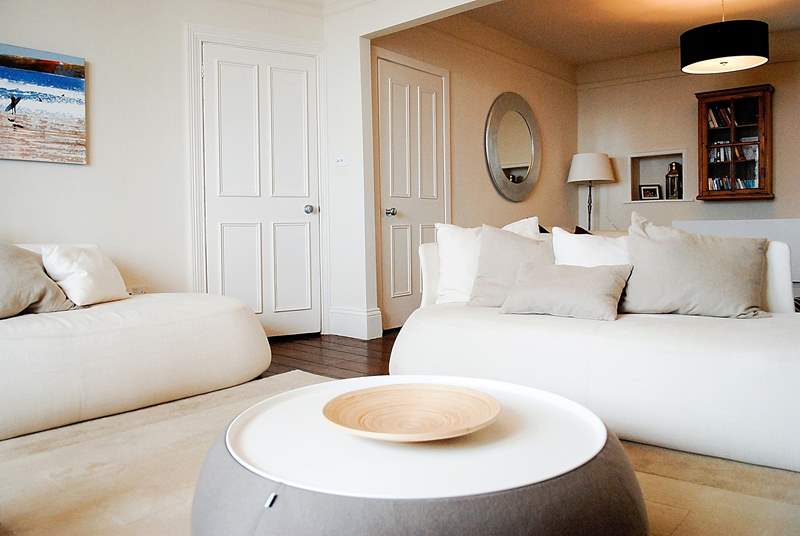 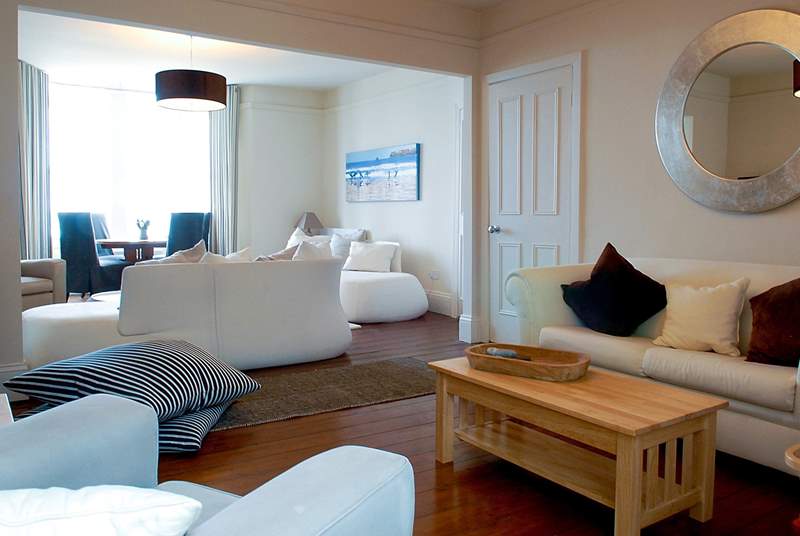 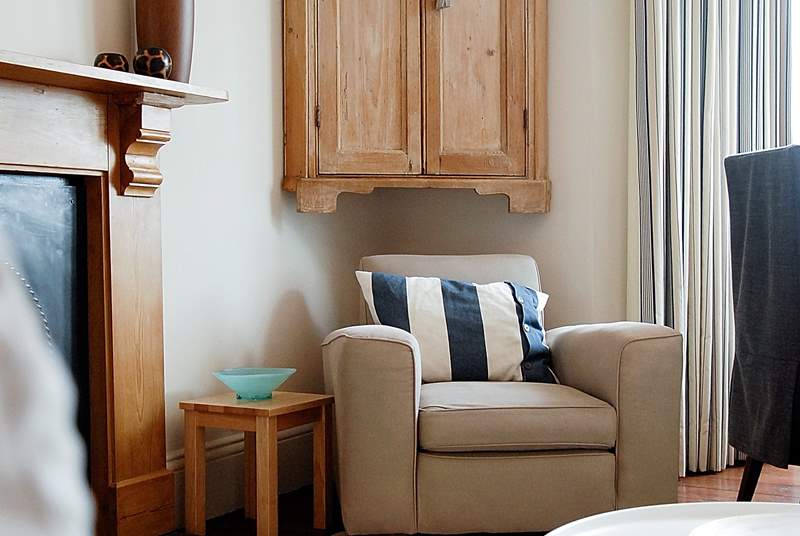 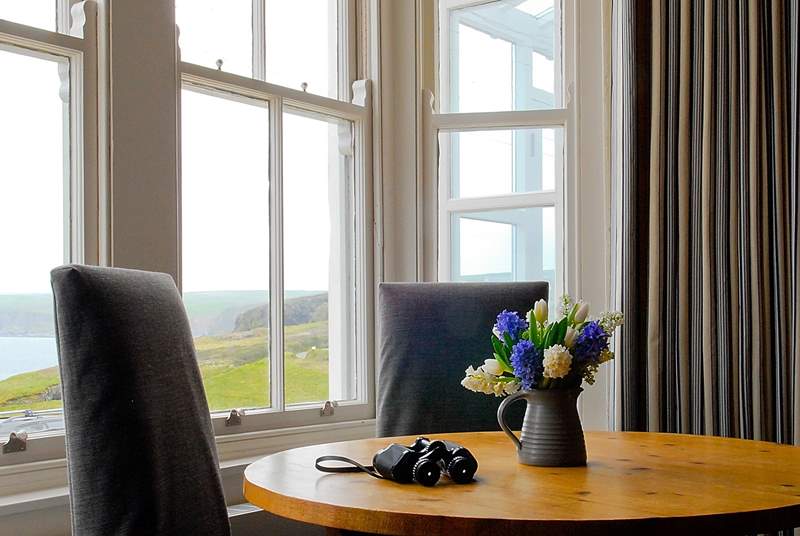 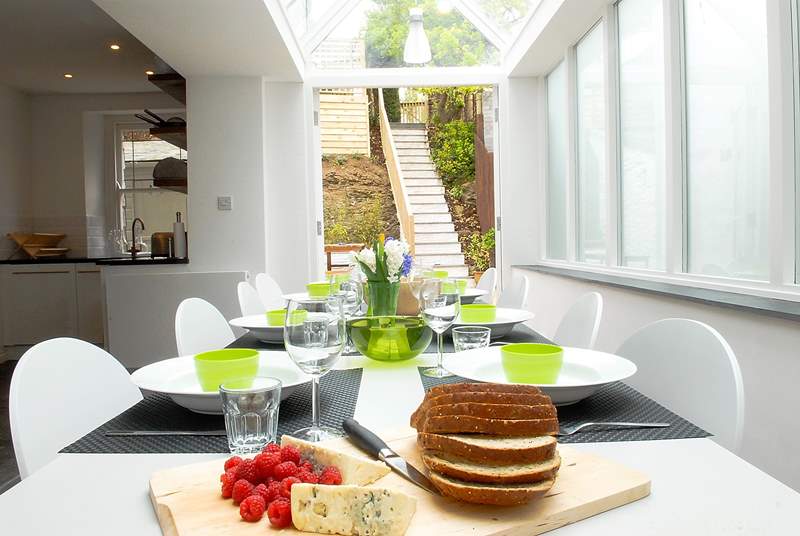 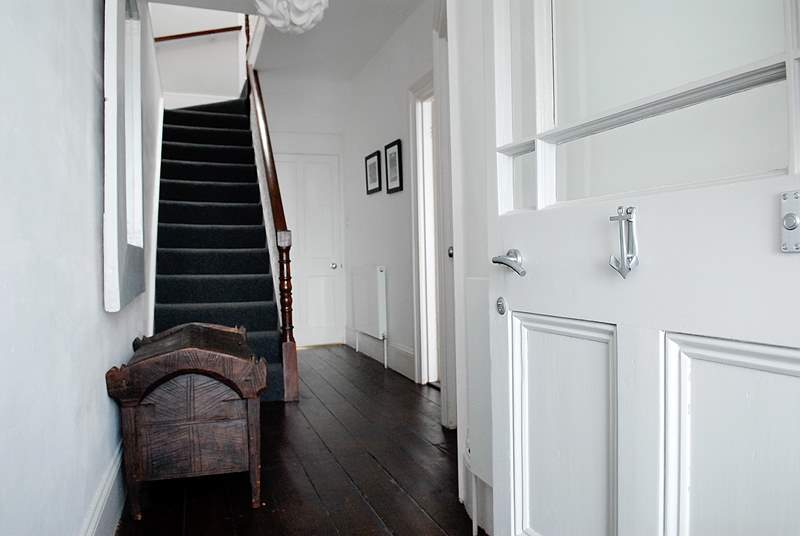 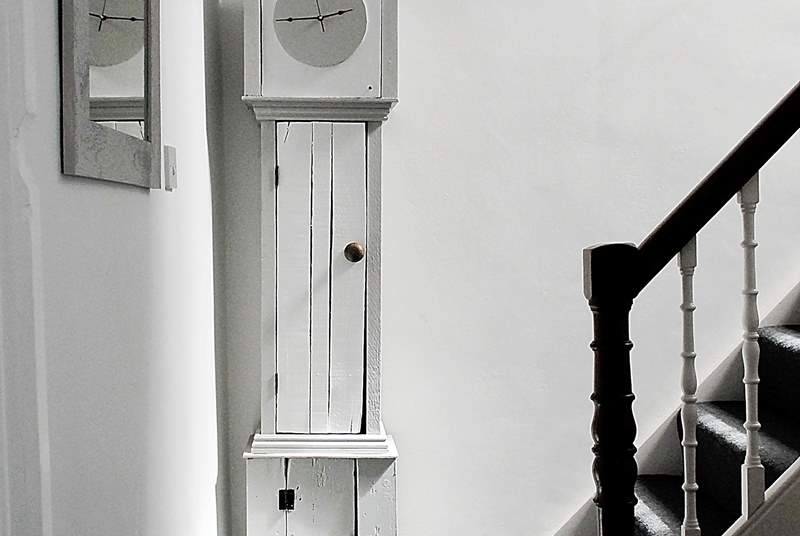 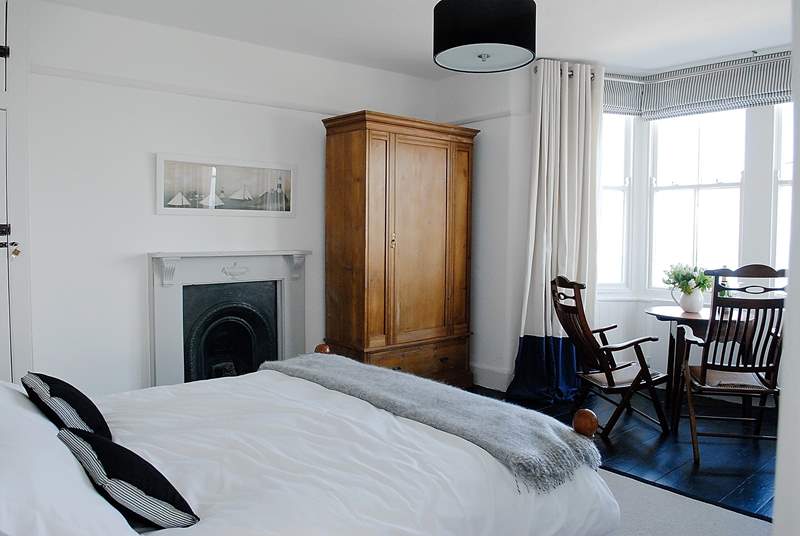 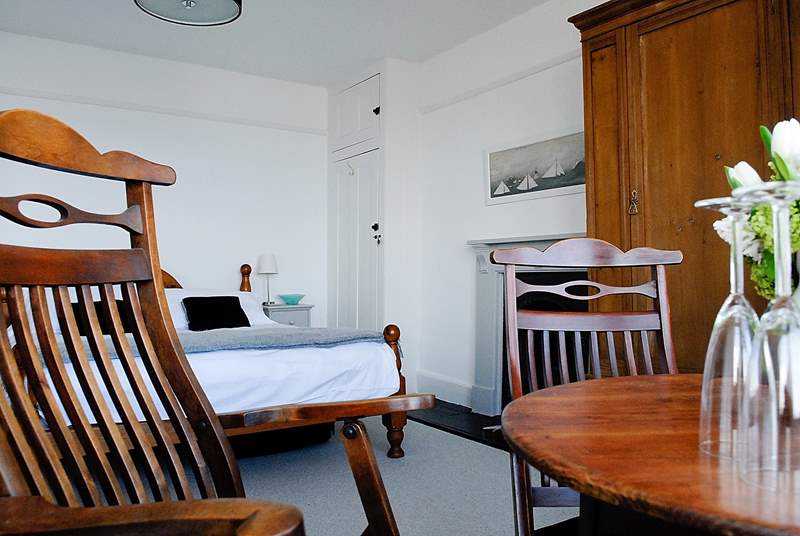 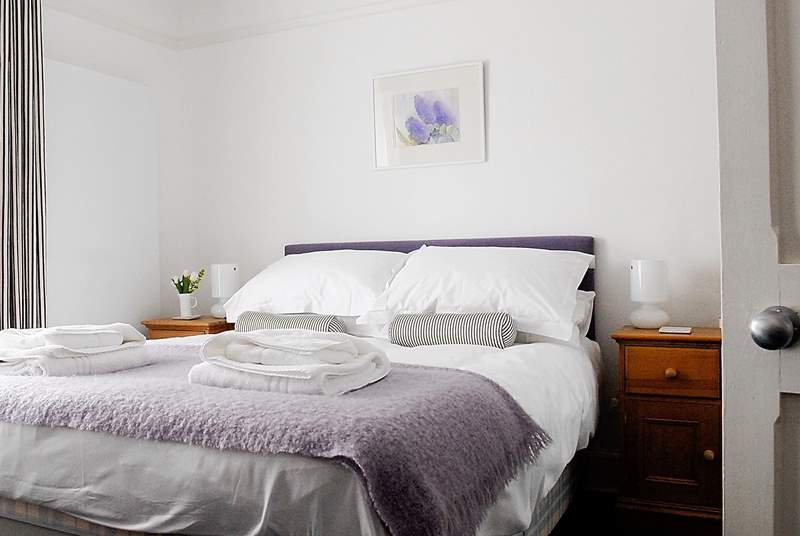 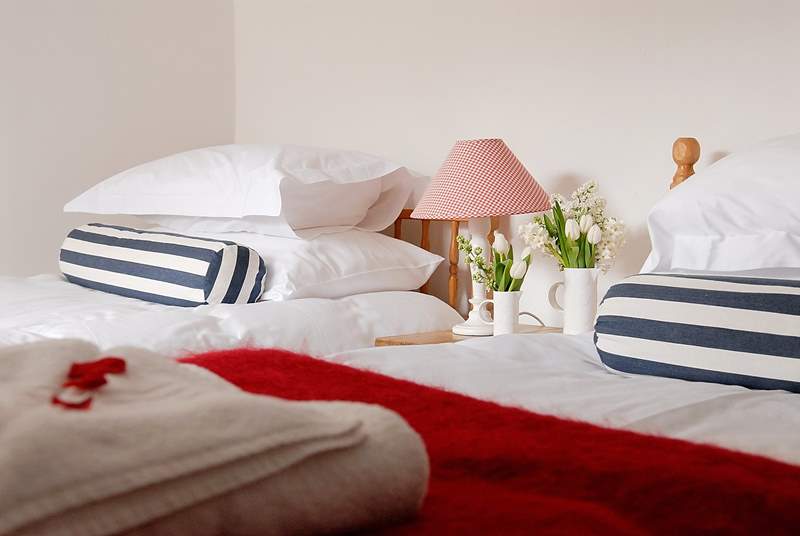 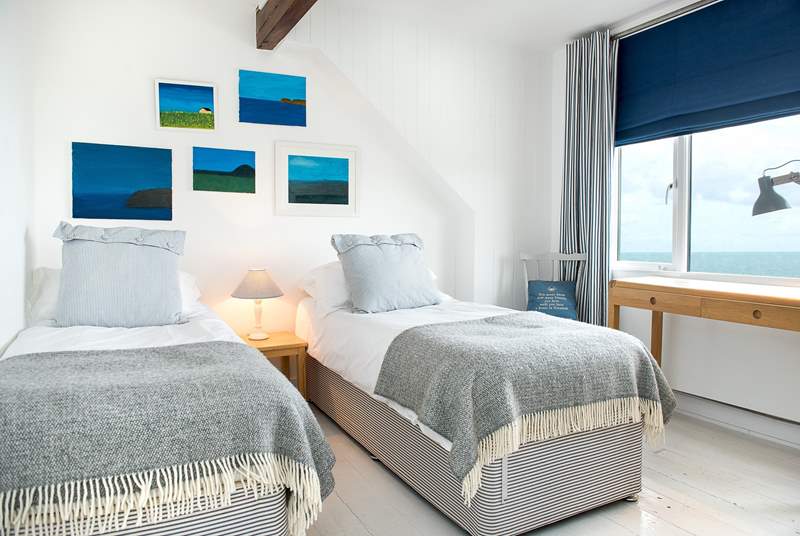 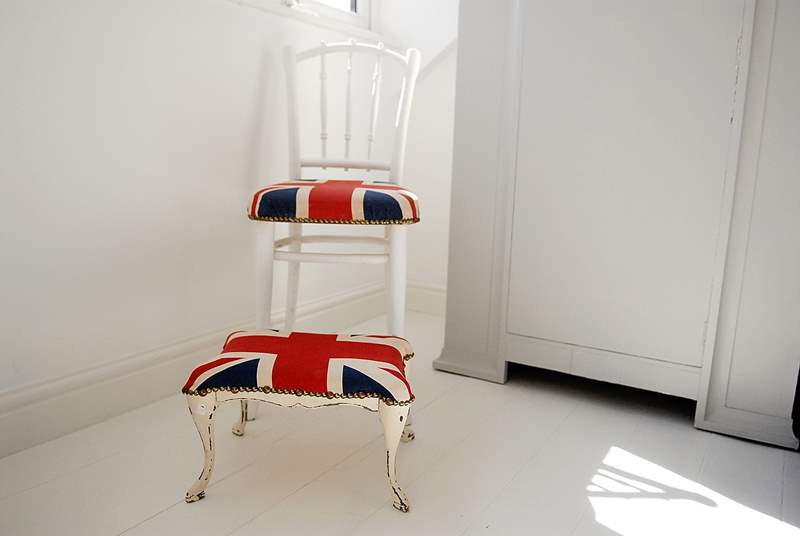 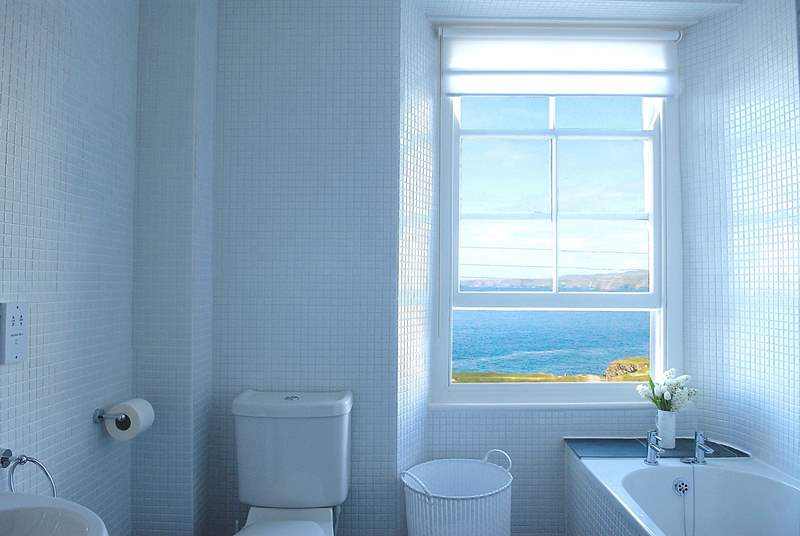 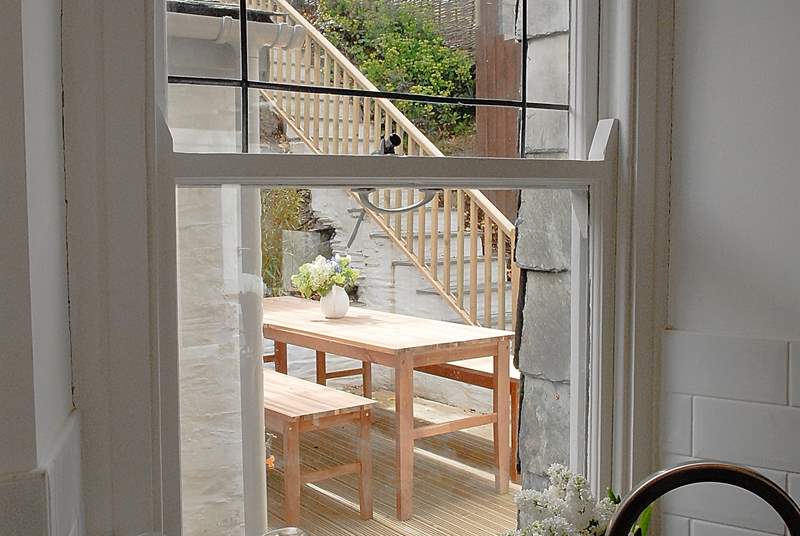 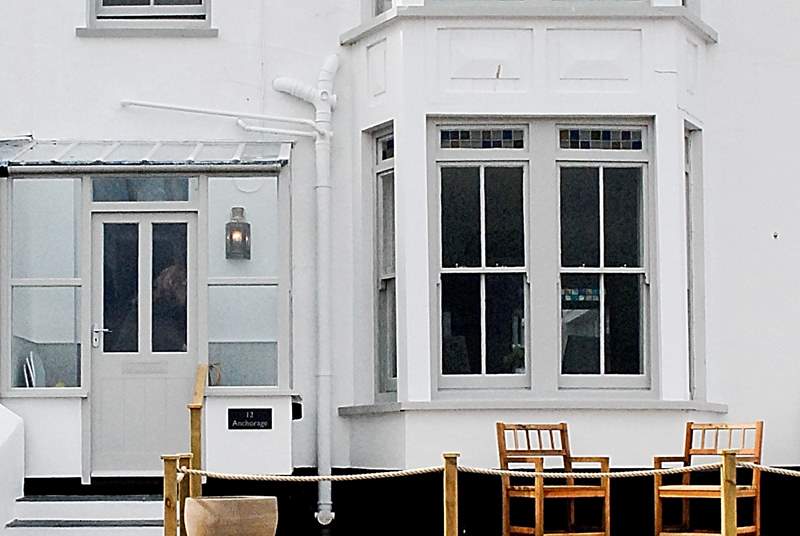 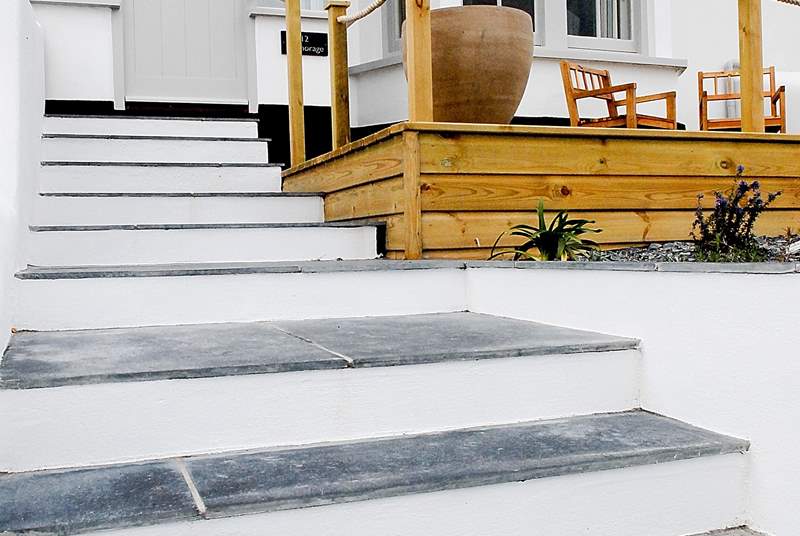 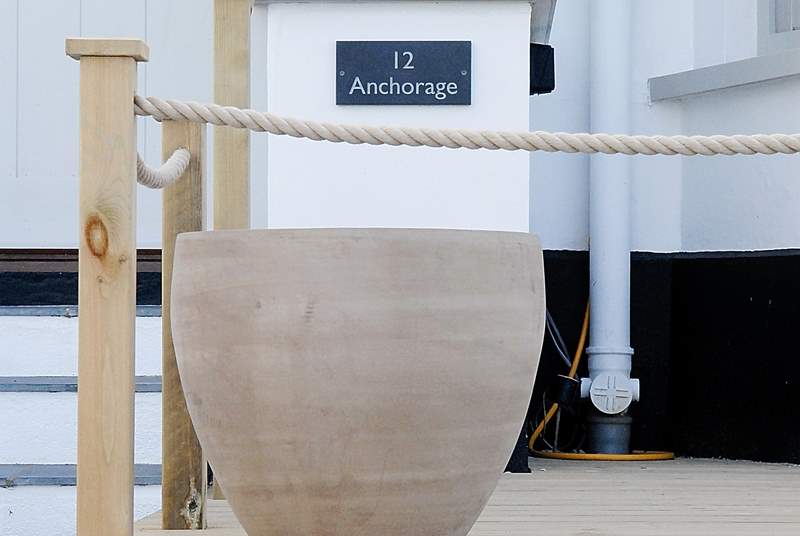 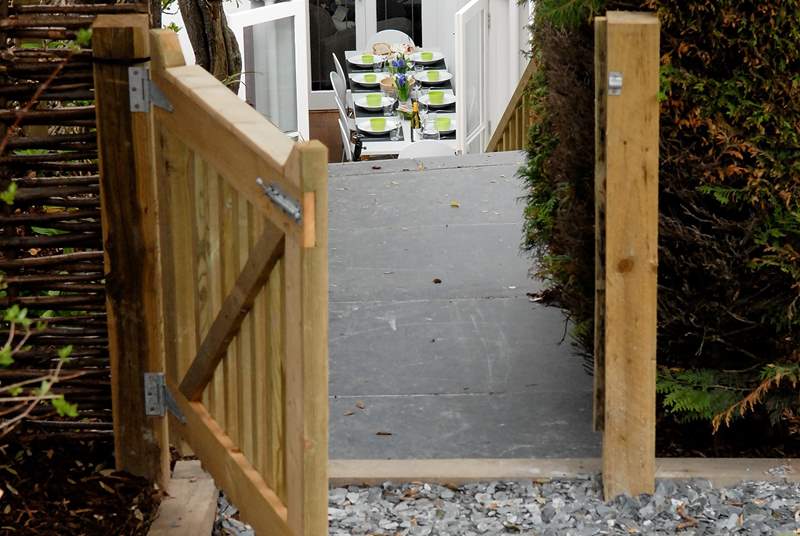 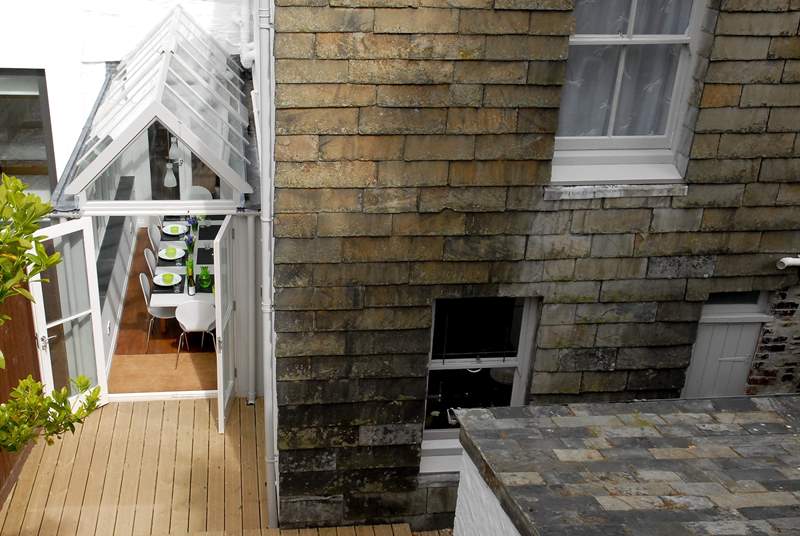 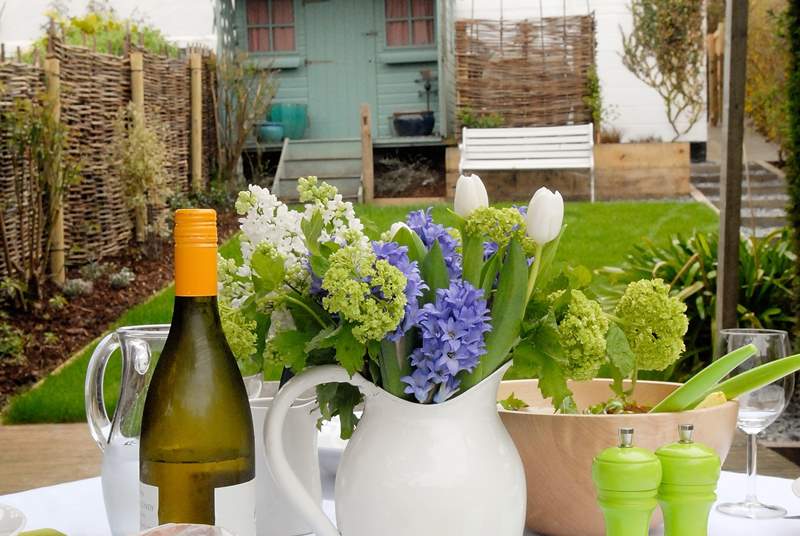 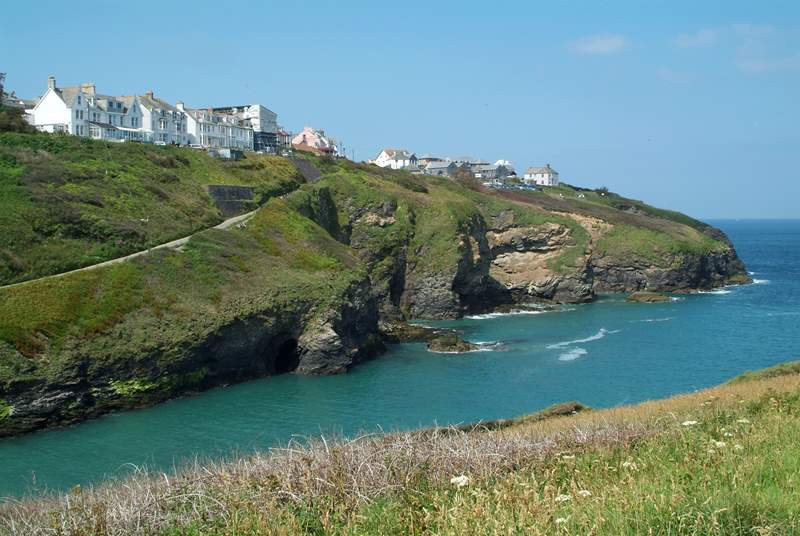 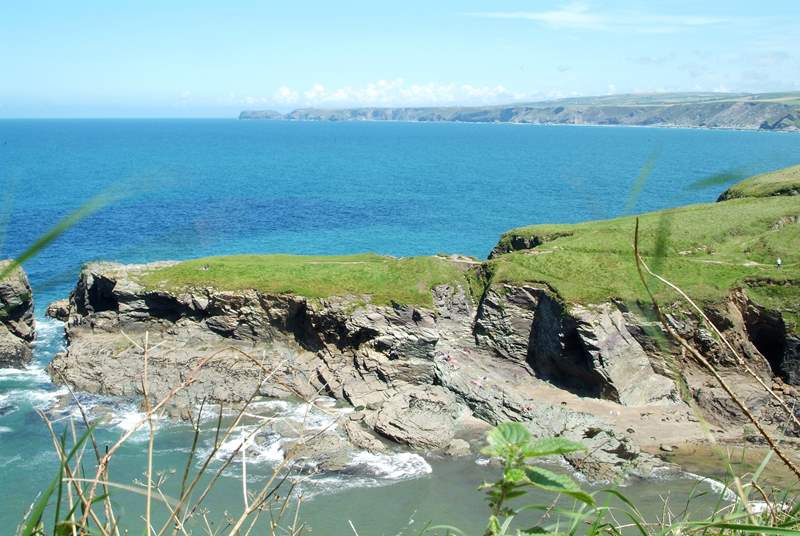 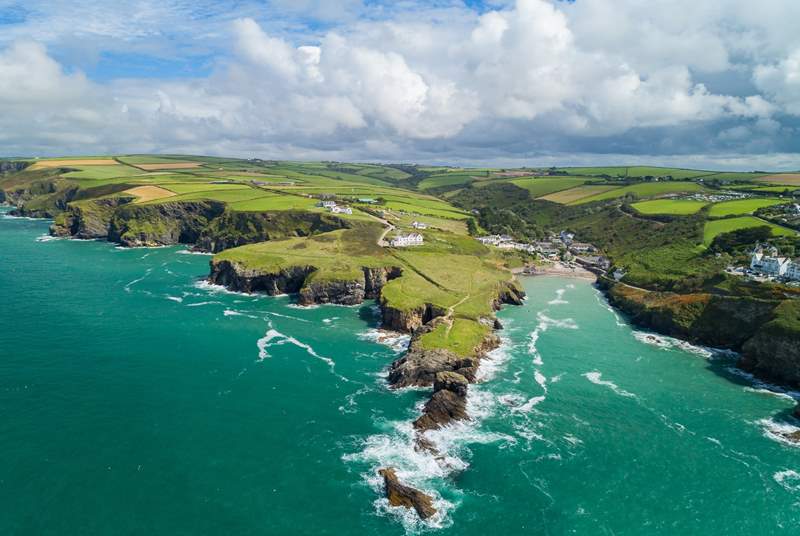 The location of attractions is intended only as a guide. Distances are 'as the crow flies'.

Located in a secluded cove just around the corner from Port Issac, this is the perfect place to stop off for a home cooked meal either in the bar or restaurant. The well-stocked bar offers a wide range of real ale and all the food is freshly prepared.

I booked a table for 13 people to celebrate an 80th birthday. Booking was easy, we booked months before, paid a deposit and table was set ready for us. The food was fabulous. Everyone commented on their different dishes, all saying how delicious the dinners were. Atmosphere was great too. Staff were all lovely and the service was great. When we come back to this part of the country we'll definitely return.

This restaurant is in a lovely location just above Port Gaverne Bay. You need to book in advance as it gets very busy. The menu is quite pricey, but fair for the food which was very nice.

Due to its sheltered nature this narrow cove is very safe for children offering a small sandy beach with rock pools to explore at low tide. In a peaceful beach-front village around the headland of Port Isaac, the beach is overlooked by high cliffs on either side with amenities close to hand.

We loved this little bay. Lovely to explore the little beaches and caves when the tide is out. Great place to hire paddle boards and kayaks. Can get very busy.

Port Gavern with Doyden Castle is a magic place. From here you can start your walk to Port Isaac or to Polzeath. Or just enjoy the surroundings and have a delicious sandwich from the salt pig.

Pretty and safe beach for children

We spent a lovely day on the beach at Port Gaverne - exploring rockpools at high tide and paddling in the safe shallow sandy waters at low tide. Finished off with a beach barbeque and grilled some fresh mackerel landed from a friendly fisherman's boat. Perfect.

A lovely stroll which takes you past some of the memorable features of the popular Doc Martin series including Bert's Cafe, the school and the Doc's house.

This sweet harbour village is a near neighbour of the better-known Port Isaac; it has just as much classic Cornish character yet remains relatively free of crowds in the summer. At low tide a small sandy beach is revealed along with rockpools that trap countless crabs, shrimps and tiny fish, providing hours of entertainment for children. Away from the beach, the whitewashed Port Gaverne Hotel tempts visitors with local seafood cooked to perfection.

When you think of a Cornish seaside destination, images of Port Isaac will come to mind. A quintessential Cornish fishing village, it is a popular holiday destination so there are plenty of self catering cottages in Port Isaac to choose from. With fisherman’s cottages forming narrow winding streets leading steeply down to the stone walled harbour, dotted with colourful vessels of all shapes and sizes. In fact many of the streets here are so traditional and narrow, including the aptly-named ‘Squeezebelly Alley’, a car is not an option so leave it behind while you take to exploring the architecture by foot. Many of the old buildings are listed as being of historical importance and certainly add to the ambience. The fishing industry is still at work here, left over from its days as a busy coastal port in the mid-19th Century.

The inspiration for many a painting, there are plenty of photo opportunities to be had with the lobster cages and wooden rowing boats along the harbour wall. Set down on the seashore, the surrounding area is very hilly and steep, which allows for far reaching views, and several pretty streams wind their way down to the waterfront. Take a boat trip for a spot of sea fishing or just a scenic float-along during the holiday season or walk along the coastal path for panoramic sea views and dramatic cliffs.

The village of Port Isaac, is now most recognisable as Port Wenn, thanks to being chosen as the setting for the television series, Doc Martin. However, many other movies and tv programs have been filmed here such as ‘Saving Grace’ (again, starring Martin Clunes) and ‘Amy Foster’ with Sir Ian McKellen. It was also frequently used as a set for the Poldark series. The locals are very welcoming and are a tourist attraction in their own right with the formation of Port Isaac’s Fisherman’s Friends - a group of Cornish shanty singers with a strong following.

A holiday in a Port Isaac cottage will be an excellent way to explore the north coast as there are many good beaches nearby such as the surfing beach of Polzeath and the family-friendly wide stretch of sand at Daymer Bay, which is also dog-friendly. It’s only a short drive to bigger towns such as Padstow, famed for its Rick Stein dominated restaurants, and Tintagel with the historic castle ruins. Being on the north coast, it is close to the Camel Trail which follows the River Camel to Padstow, an excellent cycling, walking or horse riding route.

Port Isaac is truey lovely to visit whether you are aware of the Doc Martin show or not, but if you love the show a visit here is a must!

They are presently filming a new series of Doc Martin in Port Isaac so keep your eyes open for Martin Clunes and the rest of the cast and crew. And when you get home it's great fun to spot the scenes you saw being filmed!

This 15th Century village pub was once home to the masons and craftsmen who constructed the nearby church of St James the Great. Today, you will find a welcoming bar and restaurant, with blazing fire in the winter, and a large beer garden for those balmy Cornish summer evenings. Look out for the resident ghost.

Lovely food. Service was a little slow at lunchtime but they were aware of this, apologised and tried to resolve.

So good we visited twice

Superb food, varied menu, good service. We were a group with 4 vegans and 2 carnivores and we all thought this Inn was top notch.

The St Kew Inn does excellent food. It is not cheap but very good value for money. My wife said that the hake she had one evening was the best fish she had tasted for many years - cooked to perfection. You need to book early to get a table in the restaurant, but can also take pot luck in the bar where the tables are not reserved. The staff are very friendly and helpful.

Best pub in the arae

A warm welcome and helpful staff. The food was great - the haddock kedgeree was worth the trip alone.

Picturesque 15th Century village pub serving beer from wooden barrels and excellent homecooked food prepared to order by hosts Paul Ripley and Sarah Allen. One of the most beautiful and atmospheric pubs in Cornwall.
- Mr and Mrs Whitten

Feeling artistic? Try your hand at some pottery, still life or life drawing classes with potter Jon Whitten. Jon, whose work can be found in collections in Europe, Japan, New Zealand and the US, specialises in contemporary, wheel thrown pottery, a large collection of which is on display here, and is available to buy.

If the weather is not so good!

I should have said whether the weather is good or bad an interesting couple of hours learning the art of pottery with your host Jon. Can even take your works of art (or otherwise!) back home with you. Thank you, Jon.

A beautifully restored traditional whitewashed inn in an outstanding location.

We had a fantastic meal on our last night at Port Gaverne. The staff were very obliging and helpful, as we were a large party we were able to have the upstairs lounge with a balcony and lovely views over the harbour. We will definitely eat here again if we are in the area.

Fantastic old fashioned pub next to the beach

The Port Gaverne is a lovely traditional inn with a great atmosphere and just across the road from Port Gaverne beach. The food is very nice - hearty and home cooked.

Owners Calum and Tracey Greenhalgh live locally and Calum takes his own boat out daily to catch crab and lobster. You can buy locally caught fish here and visit for a crab sandwich or lobster salad in their sunny courtyard (or inside if wet). Recommended by Nathan Outlaw in the Times newspaper as one of the top 5 places for fish in Cornwall!

Fresh from the Sea

If you want a fresh tasty lunch and don't want to pay restaurant prices then visit Fresh from the sea. The friendly staff freshly prepare a range of foods and we enjoyed (on two visits) lobster,crab and prawn sandwiches. We ate there on our first visit, to dodge the rain and even had a couple of glasses of wine to compliment the food. Very informal and child friendly.

Articles | From around the area

Things to do in February Half Term in Cornwall